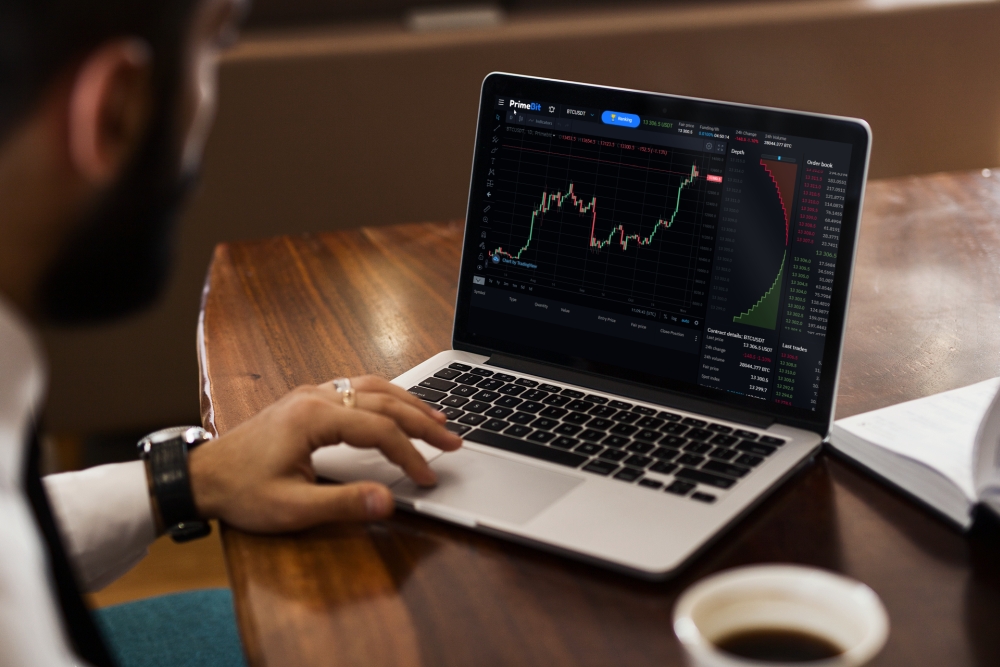 The second week of the PrimeBit Demo Contest has been very exciting so far. During our competition, the bitcoin price has increased by 20% to make the top on Wednesday, when it reached $13857.5. While the price almost broke the $14,000 resistance level, bitcoin is trading closer to $13,000 support now.

In the past couple of days, cryptocurrency markets have been hit by many factors, the second wave of the pandemic, the introduction of lockdowns in major European economies, and uncertainty growing around the US General Election. 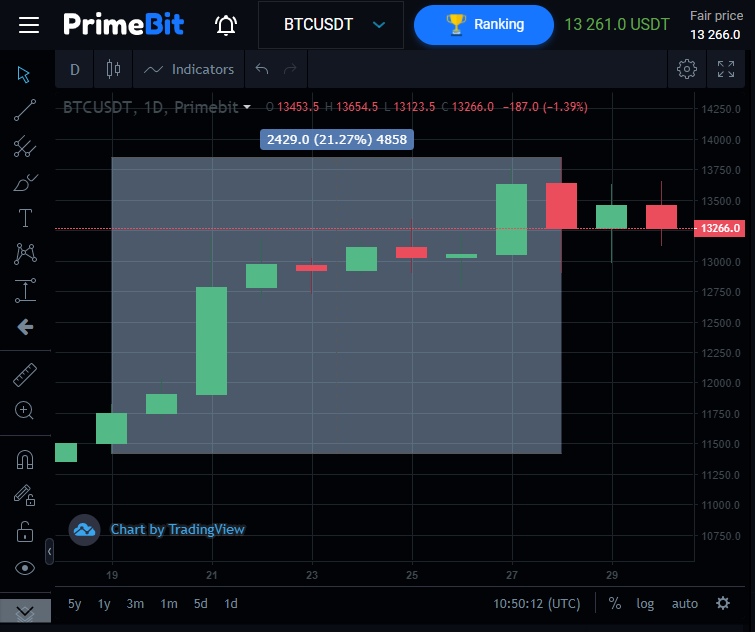 Despite the recent pullback, bullish analysts point out the BTCUSDT can continue its march towards $20k. At the same time, they indicate some possibility of global economic shock initiated by stock markets meltdown that could drag cryptocurrencies down.

The other two crypto assets available to trade on your contest account, ethereum and litecoin, benefited from the bull market to a slightly lesser degree compared to bitcoin. However, they still presented a great chance to make remarkable profits.

In a previous post, I showed you the biggest trades of last week’s leaders. They made some outstanding profits on the big bitcoin rally witnessed on October 21. The top three accounts from the first round are leading the Global Ranking at the moment, however, they didn’t manage to increase their ROI much this week.

We do have a completely new set of Weekly Ranking leaders though. Three of them stand out with an above 270% ROI. Let’s take a look at their best trades from this week.

The runner-up account no. 366274 is trading BTCUSDT contract with the highest possible leverage of 1:200. The trader joined the contest on Thursday and has already made an ROI of 292.10%. The account holder realized a $16,412 profit by closing big long positions on Friday morning. Before that, the trader had some big short deals spotting a good place for price reversal.

There are three more trading days which will determine final places in the Weekly Ranking. In fact, it’s enough time to strike weekly leaders. High account leverage, as well as increased price volatility, observed recently, favor your chances of getting to the top and claim your weekly bonus. Give yourself a chance to win, only the top 10 traders will receive weekly prizes.

Where the Global Ranking is concerned, everything is still possible as well. The competition lasts until November 15. We should know the next US president by that time, and any breaking news will make its footprint on cryptocurrency markets. Win real prizes from the main pool by trading cryptocurrency contracts with us. If you failed and cleaned your Contest Account, pass the baton to your friends and give them a chance to win real money without putting their own funds at risk!